Toyota has presented at the Shanghai Auto Show with the Rhombus an electric car concept that manages without front passenger seat.

The Japanese car maker Toyota has sold just under 13 million electrified cars in the past two decades. In the coming years, ten new electric car models are expected to hit the market. By 2030, Toyota plans to sell 5.5 million e-cars and hybrid cars worldwide, according to the plan. At the Shanghai Auto Show, the Group officially launched its e-cars C-HR and IZOA for the Chinese market. In addition, Toyota showed the rhombus a rickshaw e-car concept.

The Toyota Rhombus is designed as a pure e-car and was developed by TMEC, the Group's R & D department in China. As a target for its concept car, Toyota has selected young people born after 1990, CNBC reports. The special feature of the car: Instead of the usual two seats for driver and front passenger, there is only one seat in the center for the driver in the rhombus. For the rear area should spread lounge atmosphere. The e-car would therefore also be well suited for use as a taxi. 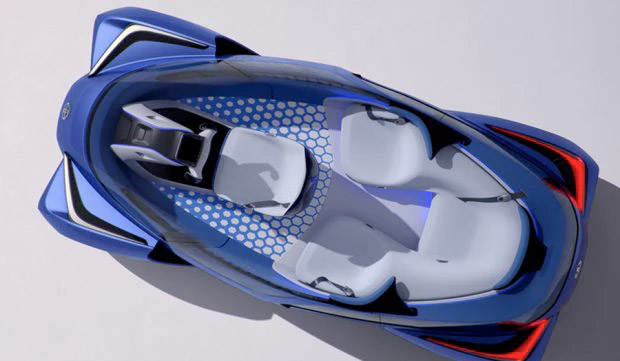 In the rear there are then a total of three more seats that promise plenty of legroom and should probably remind of a cozy lounge. The doors can be pushed backwards. The plan view shows an arrangement of the seats in diamond shape - therefore probably the name rhombus. The vehicle is also reminiscent of an over-sized bathtub or a jacuzzi with triangular feet. The futuristic exterior design should appeal to young drivers.